We have talked about the blockchain at length in "Are Blockchains the Future of Secure File Management?" We even looked at blockchain's organic relationship with cryptocurrency in the aptly named, "Cryptocurrency and Blockchains." Today, I want us to dive fully into the singular entity that made blockchains and cryptocurrencies famous: Bitcoin(BTC).

In 2008, against the backdrop of the Global Financial Crisis, Satoshi Nakamoto penned his now-famous "Bitcoin: A Peer-to-Peer Electronic Cash System." In this white paper, Nakamoto illustrated how a distributed ledger could support an entire currency. And this currency would not be dependent upon all-too-human governments or financial institutions. Rather trust would be in the financial transactions themselves, each reinforcing all those that came before.

The little currency that could began as a nearly worthless novelty, but recently a single BTC could purchase a new Tesla automobile. BTC and other cryptocurrencies are rapidly becoming a seminal element to a diverse portfolio—especially as their intrinsic value is in many ways wholly separate from the rise and falls of fiat money like the United States Dollar, European Union Euro, and Japanese Yen.

By all indications, BTC is here to stay. As such, it is time to embrace what BTC is and how you can get your hands on some (or more likely a fraction of some).

Is Bitcoin really Worth the Hype?

With fiat currency, a person most likely needs to be in a particular country to spend that money. For example, I remember ending up with Canadian quarters somehow in Colorado and trying to figure out how I was going to spend these. BTC, however, is the world’s first completely open payment network. As such, anyone with an internet connection can participate in this cryptocurrency.

And it is worth participating in the BTC blockchain because, since 2013, BTC has outperformed the world’s most popular stock indexes, including tech stocks and the S&P 500. One BTC was valued at a fraction of a U.S. penny in early 2010. During the first quarter of 2011, it exceeded a dollar. In late 2017, its value skyrocketed, topping out at close to $20,000. As of this writing, the value of a single BTC is more than $50,000!

And while these BTCs can be lost or found, once mined (see below), they cannot be destroyed. Furthermore, built into its very code, there can only ever be 21 million—which is likely to happen in the year 2140 AD. 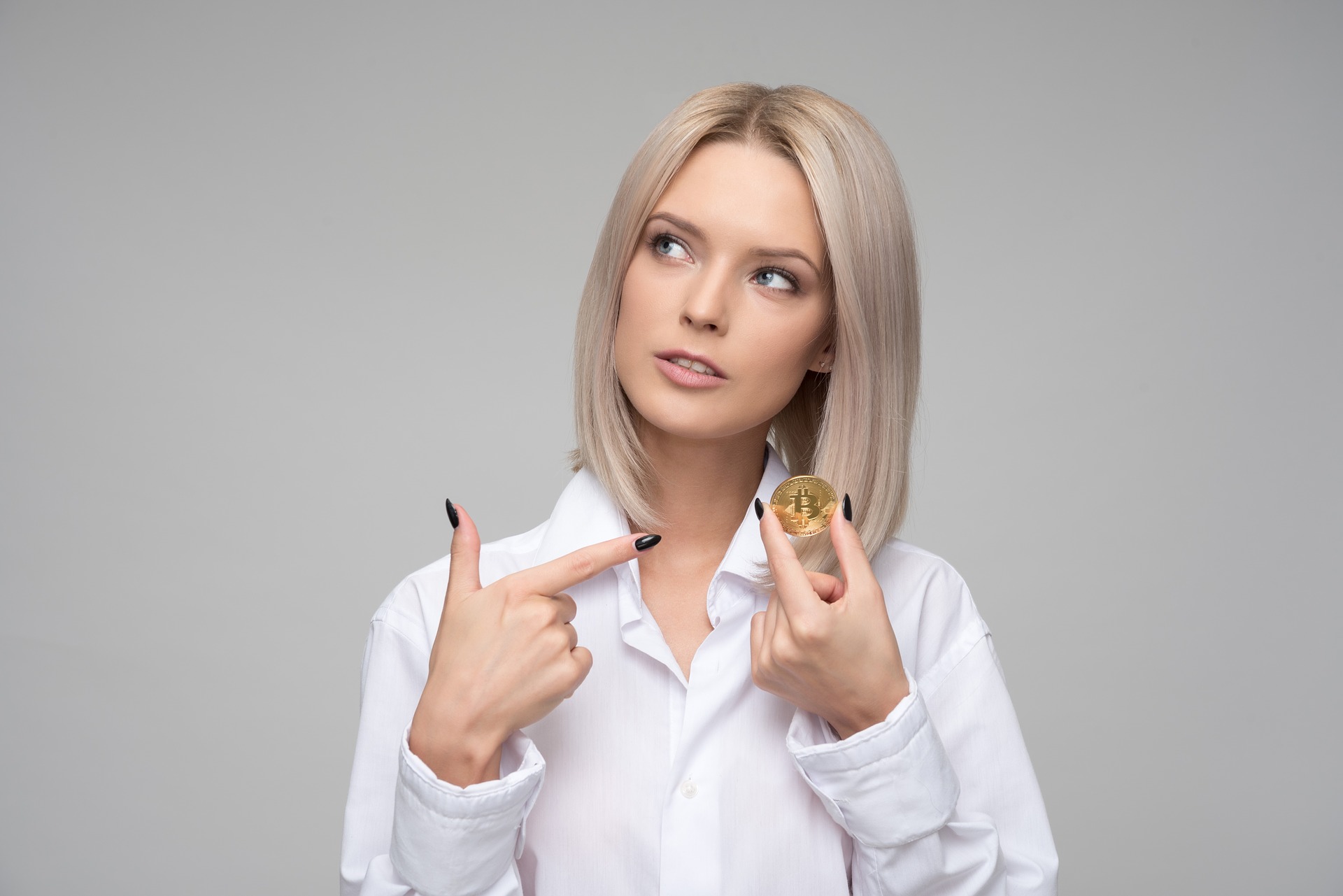 Do You Mine? Or How to Get Bitcoin

While it seems like everyone is talking about BTC, getting ahold of one (or more likely a fraction of one is a bit trickier. The two primary ways to acquire BTC are either through mining it or buying it.

What is Bitcoin Mining?

Mining is more a metaphor for how BTC is created. When a particular computer solves the puzzle by discovering the nonce,[1] they are charged with crafting the next block in the chain.[2] This process is called “proof-of-work”. This computer is then rewarded an amount of BTC for their efforts. Currently, this reward is 6.5 BTC, which at $50,000/BTC is $325,000! But wait, there's more: Whichever computer solves the proof-of-work equation is also rewarded with the fees associated with the transactions that they are codifying into the block!

And that happens roughly every ten MINUTES!

Excited? Let's grab our picks and axes and explore what it takes to mine BTC.

When Nakamoto spearheaded BTC, the computing power required could be done on nearly any computer. As BTC became more valuable, would-be miners upgraded their hardware more and more to better compete in the race to the nonce. If you want to try out CPU mining, you can try out cpuminer.

Soon, however, it was discovered that a computer's central processing unit (CPU) wasn't nearly as good at the numerical crunching power of a computer's graphics processing unit (GPU).[3] This shift was great because, while it is difficult to upgrade a CPU,[4] desktop computers could organically incorporate more and larger GPUs. For you video gamers out there who want to use your graphics cards to make money rather than spend it, you can try out EasyMiner.

If a GPU is better at mining than a CPU, what If someone made a computer that’s entire raison d'être is the mining of cryptocurrencies through proof-of-work. Some companies went out and did just that creating the Application Specific Integrated Circuits (ASIC) BTC Miner. These computers are dedicated to the purpose of quickly solving the nonce puzzle. Sure they cost thousands of dollars and use a ton of electricity, but who cares? It's not like you are mining BTC to make money … Alright, so you are mining BTC to literally make money, but just because the amount of profit that you make in BTC is nowhere near the actual cost doesn't stop you from wanting to mine, right?

Everyone in the Pool (Unless You’re in China)

So, before you head west and join the proverbial gold rush, you might be wondering if there was another way. There is! You can join a mining pool. A mining pool is a consortium of miners who agree to share their collective resources for a share of any profits. These range from groups like Slush Pool (the "world's first BTC mining pool") to AntPool (the manufacturer of arguably the best ASIC BTC Miner, the AntMiner).

There is one major thing to keep in mind with mining pools though: China. As of September 1st, "we estimate that Chinese pools control ~65% of the network hash rate." However, this was weeks before "China Declares All Cryptocurrency Transactions Illegal." When it comes to mining pools, we find ourselves in an uncharted place as the country that dominated this industry just made this activity completely illegal. Perhaps this is a golden opportunity for those willing to fill this void …

Doing even cursory research into BTC mining, and you will be met with the same insight: It is better, faster, and far less costly to just buy BTC. Of course, this advice is usually from people who have and/or mine BTC, so they have a stake in people purchasing BTC. However, it is true. When it comes to BTC, buying it just makes more sense. As such, let's talk about our options.

It is possible to just exchange BTCs like any other currency. We simply trade BTC for goods and services with those who accept this payment. This is exactly what it is like now in El Salvador, where BTC is a legal currency. As such, where else would you keep your cryptocurrencies like BTC but in a crypto wallet of course? These wallets come in three main forms. bitcoin.org, the original site that Nakamoto and Martti Malmi created to foster BTC, has an excellent guide that will help users choose our crypto wallet.

First, there are mobile wallets. These come in Android and iOS iterations. In a perfect world, this is likely the way that Nakamoto envisioned, as mobile wallets truly allow for peer-to-peer exchanges, especially with the QR codes for ease of transactions.

Second, there are desktop (and laptop) wallets. These come in versions for Windows, macOS, and Linux. These wallets give us more granular control of these cryptocurrencies, can be backed up easier, and are less likely to be lost or stolen than mobile or hardware versions. However, these are vulnerable to malware specifically designed for stealing cryptocurrencies.

Buying Bitcoin on an Exchange

For those of us who don't live in El Salvador, we will likely need to go to one of the many cryptocurrency exchanges out there. Because of the Brave browser and its cryptocurrency the Basic Attention Token (BAT), the first exchange I learned about was Uphold.[5] That said, remember that my first exploration into "Buying Bitcoin" was back in February. In this article, I purchased 0.00011251 BTC from PayPal, which means my $5.00 initial investment is now worth $5.68!

For many cryptocurrency exchanges, you will have to verify your identity and then initiate a funds transfer from your bank to the exchange. All this takes time, however, and I imagine that once the BTC bug has bitten you, you want your sweet cryptocurrency now! As such, I would recommend Binance. This exchange allows users to link accounts with Plaid and/or fund cryptocurrency purchases via debit cards. The catch is that once we buy cryptocurrency this way and/or move money to Binance, we have to wait ten business days to then withdraw our cash or cryptocurrency.[6]

Presuming that you are not wanting to commit thousands of dollars in hardware—as well as a small fortune in electricity—for a chance at 6.5 BTC, I'm going to presume solo mining is out. Similarly, I'm assuming here that you do not want to commit the resources to a mining pool, especially in the context of China making all cryptocurrencies illegal. As such, let's talk about investing in BTC.

First off, start with a small amount until you understand it better. Binance requires a $20 minimum investment and PayPal will do it for $5.[7] Second, when you can, consider withdrawing your cryptocurrency to a crypto wallet. While you are waiting, read everything that you can about BTC and the cryptocurrency industry. Third, once you get your BTC, practice sending a bit back and forth between wallets to get used to how it works. Perhaps, even try to buy something to experience spending it. For example, Overstock.com will accept Bitcoin as payment. The goal here is to learn how to secure your assets safely before acquiring large amounts. While it’s a bummer to lose $20 in cryptocurrencies, it would truly suck to lose $140 billion.

As such, the most important insight, don’t invest more than you can afford to lose.

For more on Bitcoin, cryptocurrency, and blockchain, reach out to us. We are stepping into an exciting new world. The blockchain and its most popular manifestation in cryptocurrency—especially in Bitcoin—is revolutionizing the way that we do business. And we are here for you when you want to know more.

Book a Meeting CTA in Hubspot

[1] As discussed in much more length in "Cryptocurrency and Blockchains."

[2] Also discussed much more in "Are Blockchains the Future of Secure File Management?"

[3] FYI, not only are GPU's mathematical abilities very adept for solving proof-of-work problems for cryptocurrencies, but they also make them ideal to brute force passwords!

[4] Often upgrading a CPU requires a minimum of knowing how to use thermal paste to having to wholly replace a computer's entire motherboard.

[5] And because I have Brave on all my devices—yet Brave only allows so many Brave Rewards to be connected to a particular wallet—I have also ended up with an account at Gemini.