Is Your Server Real?

Is Your Server Real?

Written by Marcel Manning on October 29, 2021 Under

The key to the efficiency and success of any business is utilizing the right tool for the job. No matter if you work in an office of three to five people or a multi-billion dollar corporation, it’s essential to have a server as part of your network infrastructure.

However, not all server setups are created equal, and choosing the right server for your business isn’t a “one-size-fits-all” situation. Servers are an investment for your business, and as such, require careful consideration. We’re going to outline the key factors that must be considered when looking to invest in your client/server business infrastructure. 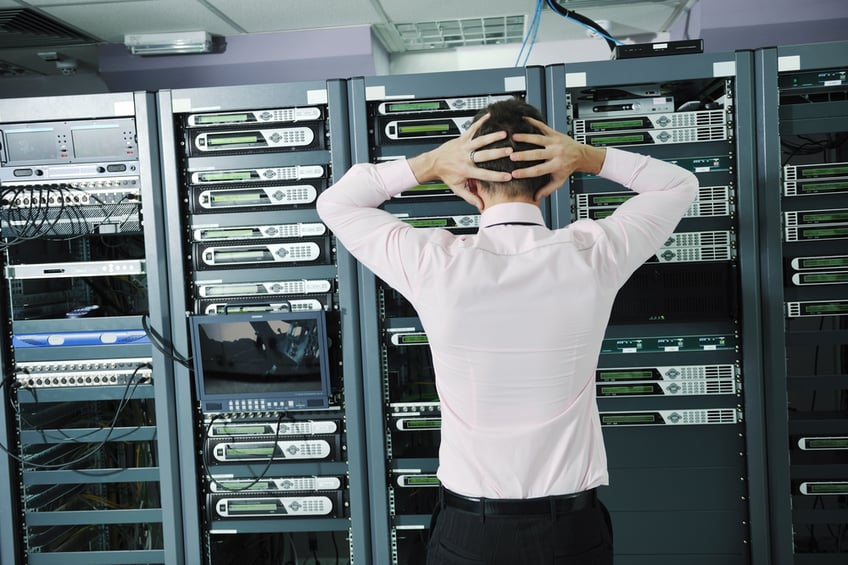 What’s Wrong With Using a Workstation?

Some people make the mistake of substituting a server with a workstation. A stingy decision like this has the potential to cause more than financial harm to your business. Traditionally the term workstation is used to describe a computer that’s used to run CPU/RAM intensive software and applications.

Generally, these types of computers are used for graphic arts, audio/video editing, and structural engineering design. High-end workstations are designed to perform specific tasks, but like all workstations, the hardware isn’t meant to run 24/7 and lacks hardware redundancy.

Servers, on the other hand, are built to execute multiple tasks at the same time and do so around the clock. They are assembled with hardware that’s optimized for performing a multitude of processes all at once. They allow you to store files and databases that need to be accessed by employees and other computers on the network.

Any Windows Server operating system has a very large number of “moving parts” that operate behind the scenes. Your server performs user authentication (as a domain controller), provides IP address and name resolution (DHCP & DNS services), holds and secures your data, shares your printers, and performs other numerous functions that are essential to running your business.

What Makes Servers The Better Choice?

Server "level" type chipsets and features are really geared towards requirements or properties that servers need over desktops. The overall quality and composition of a server’s design are intended to offer stability over speed, reliability, and upgradeable functionality. Workstations, on the other hand, tend to be more of a desktop performance-oriented machine whereas servers are more concerned with reliability and uptime.

Operating systems for workstations and servers are designed for different operational environments. Server operating systems are created for optimizing and distributing computing resources. This means that multiple tasks can be carried out simultaneously to various endpoints without sacrificing processing power.

Performing these processes also requires more RAM (Random Access Memory) than your average workstation, which is why the server operating system allows for the utilization of more than 16GB of RAM. This is one of the pieces of hardware in the server that allows for scalability to reach the end of life (EOL) of your server machine.  For small business use, you will want a server with at least 32GB of RAM to start with, and then add more as your needs grow.

Since servers must run 24/7, it’s important that they have hardware redundancy. Purchasing a server with a RAID controller (Redundant Array of Independent Disks) and properly configuring a RAID level that supports disk mirroring will ensure that if a hard drive were to fail your server would continue to function.

Not only does a RAID controller allow for redundancy but it also provides a performance increase, allowing the server to read and write to the disk faster. Similarly, redundant power supplies help ensure that if a power supply or power source dies that the server will continue to operate. Servers with redundancy generally also support hot swapping hardware. Hot Swapping is the ability to change hardware without having to power down the server.

Since the initial release of VMware ESX in 2001, hardware has come a long way and virtualization has become commonplace. Linux KVM was released in 2007 and shortly thereafter Microsoft Hyper-V was released. All three of these technologies are known as Hypervisors.

Hypervisors allow for multiple separate instances of the Operating System (OS) to run simultaneously on the same hardware. If you were to think of a traditional server as a house, then a hypervisor would be equivalent to an apartment building with each individual apartment being a separate virtual machine (VM). Each instance or virtual machine is isolated from one another similar to how an apartment is isolated from its neighbors.

As server hardware becomes increasingly powerful and more affordable, many servers are underutilized and sit idle most of the time. A hypervisor allows you to capture these excess resources and use them to run additional servers without taking up more physical resources such as space and electricity.

Should I Buy a Rackmount or Tower Server?

Servers aren’t one-size-fits-all. There are many factors to consider when choosing the right server for your business. Certain things must be taken into consideration such as the size, shape, and primary function of the server. The decision to invest in a server for your business should always fit the work environment to maximize the quality of life of the machine itself and the business that utilizes it.

For instance, if you wanted to extend your warranty from a 3-year to a 5-year, for a tower it may only cost $100 to $200 as opposed to a rack server which may be closer to $500. Beyond the cost of the server itself, most small businesses don’t have a rack chassis to install a rack mount server onto, and purchasing one is out of the question due to either budget or space constraints.

At first glance, a tower server looks like a regular workstation; however, the components within the case aren’t the same. Just like any other PC chassis, towers come in several different shapes. These are the best choice for an initial server as they can offer plenty of processing power. However, they don’t require you to purchase additional mounting hardware. The drawback of tower servers is that they can take up more room than a rackmount server, but they can offer greater expandability.

A rackmount server is designed to be installed onto a rack chassis. The chassis resembles a tall bookcase, typically six to eight feet tall, to allow for compact storage of the server. It can securely hold multiple servers on top of each other as well as network equipment in mounting slots along the uprights. Consider using rackmount units when you need multiple servers in a small and contained area.

What Can a Server Do For Me?

Servers can perform many different roles within a business. Some of these roles can be installed on a single server while other roles should be installed on a stand-alone server for security, redundancy, or because of best practice guidelines.

Substituting a server with a workstation can potentially rob your business of its biggest resources: time and money. Workstations weren’t designed to run for days on end, or evenly distribute resources efficiently across the network of computers that are connected to it.

Server hardware and software are built to meet the demands of the business environment by operating at peak performance and scaling to the ever-expanding needs of a growing organization.

Planning for a server requires forward-thinking to anticipate the business’s growth and allow for the equipment to scale to meet those greater needs. A server should never outgrow its projected end of life (EOL). The decision to invest in a server for your business should always fit the work environment to maximize the quality of life of the machine itself and the business that utilizes it.

Have questions about what type of server your business in Central Florida needs? Check out our other Network Infrastructure articles.

If you found this article helpful, there are many more in our Tech Insights.