The Desktop of Theseus, Part III: Come Sail Away

The Desktop of Theseus, Part III: Come Sail Away

Written by Benjamin Syn on August 10, 2021 Under Theseus

I have been fascinated by Theseus's Ship for years. I love the mythology that our body replaces every cell within seven years. However, I first began wrestling with this idea in L. Frank Baum's The Wizard of Oz. In this children's classic, the Tin Woodman chops wood to free his beloved from the service of a witch. But the witch wants to keep her servant so she curses the Woodman's ax. First, it just chops off his arm. Undeterred, the Woodman goes to the local tinner and has it replaced. Back to work, he chops off his other arm and replaces it too with tin. Then his right leg. Then his left. Then his head. And finally, he slices through his chest. One-piece at a time, the tinner replaced each part of the Woodman. Is he still the Woodman?

Previously, we had almost fully constructed the Theseus desktop. We had put together the ASRock motherboard, an AMD processor, Kingston RAM, and a Corsair power supply, all housed in an NZXT case. There were but two crucial components we needed so we could set off to the open internet: an operating system (OS) and one or more hard drives. The OS is my proverbial captain and crew, making the whole thing seaworthy and shipshape. Hard drives are the storage spaces that house the OS and all the cargo, our precious files.

As I mentioned, I envisioned Theseus running a Linux Distribution such as Qubes OS or Kali. And that this would run on a redundant array of inexpensive disks (RAID). However, no matter how inexpensive these disks were, putting the money together for this was not happening any time soon. No problem: Theseus would just sit in drydock until the stars were right.

And then, I learned that my subscription to Microsoft Office 365 was coming to an end in August—which means that I have only days to figure out what I am going to do with nearly 400 gigabytes of OneDrive data!

So, in this piece, I will catch you up on how I rapidly made Theseus ready for the open seas. First, this entailed getting and installing one very nice (and donated) hard disk. Second, I needed to find a way to install Windows. 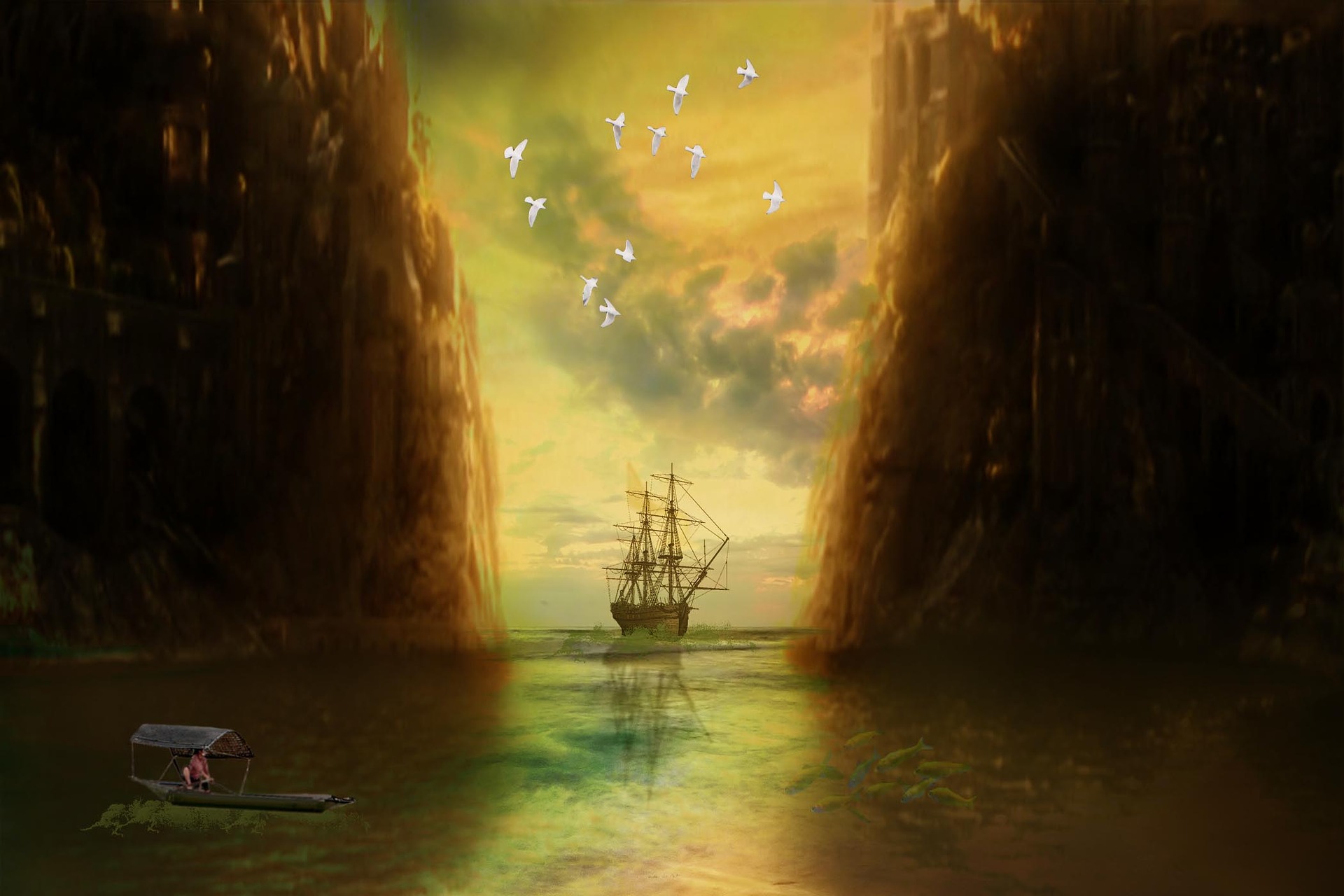 My (not so) Dark Past

Before getting into IT, I taught college English.[1] Part of my job was to spearhead discussions and workshops. For these, I used PowerPoints on my OneDrive, which I accessed on myriad computers via Portable Apps. When I started teaching, Microsoft sold a four-year license of Office 365 University for students and teachers for just $79.99. This package worked perfectly for me, so I renewed it again and again. Today, four years later, I am not only no longer a teacher, but this iteration doesn't even exist![2]

Over these years, I have accumulated a lot of data. Of the terabyte that Microsoft gave me, I have filled up 376 gigabytes (GB)! For context, my work laptop has a 128 GB hard drive, and my desktop has a 256 GB hard drive. This means that if I were to download my entire OneDrive to BOTH of my work computers, one of these computers could have 8 GB for HALF of the minimal system requirements for Windows 10.

So, yeah, that's a lot of data that I need to store somewhere. I could pony up the $69.99 per year for Microsoft 365 Personal. Or I could get a very large hard

A Hard Drive from My Patron

Thankfully, a dear friend of mine donated a one terabyte hard drive. When most of us think of hard drives, we envision the classic silver disk. These hard disk drives (HDD) look like a futuristic record player—and that's kind of how they work. These disks spin incredibly fast, 5,400, 7,200, or even 10,000 rotations per minute! And these HDDs are read by heads, which are the metaphorical needles to these records.

However, the disk that I was given was different, better. Theseus has a solid-state drive (SSD). Unlike the silver-pattered HDD, an SSD has no moving parts. This solid construction is one advantage, as SSD can take a fall. A dropped HDD is usually a destroyed HDD. However, the big difference between an HDD and an SSD is one of speed. As Tekie.com explains, "A typical 7200 RPM HDD will deliver a read/write speed of 80-160MB/s. On the other hand, a typical SSD will deliver read/write speed of between 200 MB/s to 550 MB/s."

Armed with a very fast and quite large hard drive, I needed but one last component to make hardware run: an OS.

Having read "The Pros & Cons of a Virtual Server," you know how amazing virtual machines (VMs) can be. As such, arguably the best OS right now is Qubes OS. It takes some of the best in a standard OS and virtualizes these on an elegant hypervisor. And because it segments everything, it is arguably the most secure operating system ever.[3] Since I first began this project, I wanted Qubes OS for Theseus. But Qubes OS requires quite a bit of skill and know-how that I don't possess (yet).

CNET's Alison DeNisco Rayome explains, "You can still download Windows 10 for free." As such, I just need to get ahold of a copy of Windows 7 (or 8) and upgrade. A quick trip to eBay, and I have a Windows 7 DVD in hand. But that's not what I needed …

So, I downloaded the Windows 10 installation media to a USB drive and booted this up on Theseus. When it came to the screen insisting on a product key, I simply entered the product key I purchased for Windows 7. And voila, I had a complete installation of Windows 10 Pro that cost me less than $30.

That's it. Theseus is now a fully functioning PC. (It might even be functioning too well.) But recall why I built this computer in the first place. The whole purpose of this build is to explore the point where a computer is no longer its old self but instead becomes an entirely different computer. I know that both the ASRock motherboard and AMD processor used to be housed in my desktop tower before these components were upgraded. And in a previous life, the aforementioned SSD running Windows 10 Pro on my desktop was running macOS on a MacBook Pro laptop.

Over my lifetime with this device, how many times will I need to replace hard drives and operating systems? Or motherboards and CPUs? What if I add a graphics card or WIFI card? Will it always be Theseus so long as these changes are spread out? So, what makes this computer Theseus? What makes something itself? Where is its essence? Let's find out!

Since Theseus is fully built, that's it for these articles. For now. Thank you so much for taking this voyage with me. My goal over the next months and years is to update its evolution and growth. With each of these changes, I want to ask these questions: If there is nothing left on this computer from its original construction, is this the same computer? At what point did it stop being Theseus and become something new?

[1] You can get a glimpse into this world by checking out my reviews at RateMyProfessor.com.

[2] … which is not a surprise as Microsoft is giving this out for free with Office 365 Education (and by free, I mean that the school pays for it).

[3] Though, to be honest, that honor really goes to OpenBSD, which has had all of TWO security vulnerabilities since 1995!